Dick Christopher was a good friend of mine. He was sent back to Heaven on February 23, 2020. I met Dick in the late summer of 2011 when I re-immersed myself into the world of amateur radio. It turns out Dick was the founder of the Central New Hampshire Amateur Radio Club (CNHARC). He welcomed me with open arms to the first meeting I attended in July of 2011.

The morning I discovered Dick  was no longer with us, I was overcome with a feeling of sadness. I found myself wishing I had spent more time with him or had even called to reminisce about great past times.

That sadness only increased several days later when another radio buddy sent me a link to Dick’s online obituary. Here it is:

I’ve made my living the past twenty-three years creating those strings of characters. They’re called URLs. I pay attention to them and was aghast to see that Dick was now reduced to a sterile number at the end of a URL. It’s so easy to put his name there in front of the unique number, but alas the webmaster thought otherwise.

Dick was more than number 241131. My anguish deepened as I read his obituary. It included a brief description of Dick’s work and his interests but it failed to capture who Dick Christopher was.

I decided that Dick deserved better. You need to know the Dick Christopher who I knew and came to appreciate.

Dick was quiet and reserved, like a remote woodland pond on a wind-free day but his understanding of what was going on and how things worked was as deep as the ocean.

If you asked Dick a question, he almost always had the answer. When you did stump him, he knew where to send you for the answer. He never made you feel inferior because of your lack of knowledge. He must have been a fantastic mentor when he taught high school physics and math. Dick was smart but he never needed to boast or make anyone feel inferior.

One of my fondest memories of Dick was early in our relationship. He fostered countless people who wanted to immerse themselves in amateur radio. Within a month of meeting me, he could tell my appetite for all things radio was bigger than the Goodyear Blimp.

Dick knew that the real fun and satisfaction in amateur radio happens on the high-frequency bands. To play radio here, you need a class of license that I didn’t have. My license gave me only the lowest level of radio privileges. A few months after meeting Dick, he called me. The call was extremely brief and to the point, but that was Dick’s personality. He was never a chatterbox on the phone or in person.

“Tim, it’s time for you to upgrade your license.”

“I don’t think you understand me. I mean it’s time right now, in the next two weeks, to upgrade your license.” Dick’s voice was monotone but firm.

“Well, I want to understand all that’s involved and I’ve been studying the big book with all the information and questions. I think I’ll be ready to take the test in a few months.”

“No. You’re going to take the test, pass it, and once you have the new privileges you’ll learn much faster than by reading that book. Tell me now if you’re going to be at the test session before the next club meeting in two weeks.”

He was serious. The question pool for that exam has hundreds of questions. Many are quite technical. I was stammering and gulping because I knew he wasn’t going to hang up until I committed to being at the testing session.

“Good. Bring $15 and a copy of your current license.” And with that Dick hung up the phone.

I started to use an online study aid. I sat for the exam. You needed to get 27 of 35 questions correct to pass. I got 33 out of 35 and completed the test in about 20 minutes if memory serves me right. As you might imagine, Dick seemed even happier than I was that I had passed and was now a new General-class amateur radio operator.

Dick was right about high-frequency bands. The real fun of amateur radio happens when you can communicate with others thousands of miles away using a tiny box about the size of a paperback book and a thin wire dangling from a tree.

One day Dick and I went with a shared friend, Jim Cluett, to Cannon Mountain to operate outdoors on a late summer day. There are some splendid photos and quotes of Dick’s in this story. I recommend you read it.

One event that Dick really loved was the annual Field Day that thousands of radio operators take part in all across the USA. It’s a 24-hour exercise where you’re encouraged to simulate an emergency of sorts and get on the radio outdoors if at all possible. You’re testing your capability to continue to operate using batteries or a portable generator while  dealing with bugs, the sun, wind and storms. It’s more of a challenge than you may think.

Here’s a video of Dick talking about Field Day.

As the founder of the CNHARC, Dick helped organize Field Day for years. He shared stories of past Field Days decades ago when many club members participated and were active the full 24 hours. It’s hard to say whether Dick loved radio or gardening more.

Dick was a master gardener. He had an amazing array of raised beds where he grew vegetables that could win the blue ribbon at one of the many late summer or fall fairs here in New Hampshire.

When I’d visit Dick in mid-summer, he’d take enormous pride in showing me all of his plants. He was happy to answer all of my questions. I happen to be a horrible gardener and marveled at Dick’s green thumb. He made it look so easy, yet I knew he devoted countless hours of work to cultivate and care for all those wonderful plants.

Dick was an avid sailor and loved spending time on the water. He was a member of the prestigious Winnipesaukee Yacht Club and he owned a very nice 25-foot sailboat.

I was fortunate to be invited to sail with Dick at least twice. Both times our mutual friend, Jim Cluett, came along.

One thing that always amused me was Dick’s distaste of spiders. When you rowed out in the dinghy to get to the sailboat, you had to deal with the fabric weather covers that protect the cockpit from the elements.

Dick always asked Jim or me to peel back the covers and whisk any spiders we saw into the water. I did as requested and never said a word because I knew that if there were serpents in the sailboat, I’d never get out of the dingy.

Do you want to come to know and respect the Dick Christopher I knew? I hope so.

I’ll never regret investing the time it took to create these short video interviews with Dick. What a treasure it is to be able to see and hear him! Maybe they’ll inspire you to record a 60-Minutes style video of a person in your life who you want to be able to remember in “real-time”. Dick Christopher was that person for me. 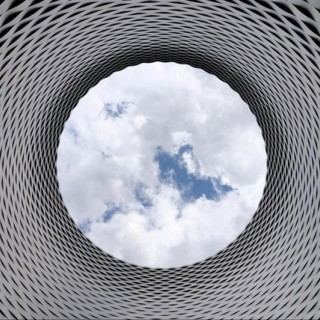 Chandra Lockey is a minimalist. She loves coffee, books and birds.